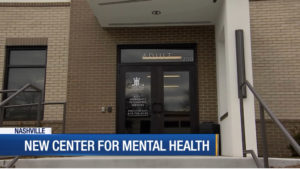 A place to turn in crisis. Nashville’s new psychiatric ER is days away from accepting patients full-time.

It doesn’t look like an ER, but Adam Graham doesn’t want it to. Take away the flashing lights and harsh sounds, and The Mental Health Cooperative has created an environment tailored to mental health crisis.

“If we were in a crisis, if a loved one of ours was in a crisis, what would we want it to be like for them?’” Graham, Director of Emergency Psychiatric Services, said. “From the moment they walk through the door, to how quickly they get treatment, to the plans we put together, can we protect and bolster and their dignity?” 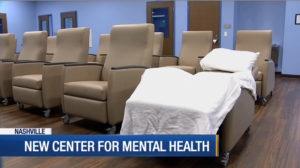 According to the CDC, 1 in 5 Americans will meet criteria for a diagnosable mental illness. The new psychiatric ER, located in Metro Center, is one of less than 10 of its kind in the country.

“People here,” Graham said, “they’re wrestling with the thought of ‘is life worth living?’ Even in the midst of a lot of pain, that calls for a different environment than ER.” The facility is designed to take jail out of the equation when possible. “Sometimes police are the first people to respond when things get desperate. We want police to know they have other options besides jail,” Graham explained. 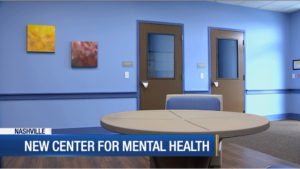 In many cases, police officers wait hours with someone in crisis at the hospital, because they’re required to stay with them until they’re somewhere secure. “Instead of waiting hours, and hours, and hours in the emergency room or in a jail… this can be a place where they start to get help right away.”

In the last six months alone, an average of 80 people a month have gone straight to treatment instead of straight to jail in Nashville, a growing number. The average time Metro Police spend on site, has gone from 100 minutes to 15.

“This is kind of the first landing space,” Graham said. “You’re in a crisis this is an immediate safe, therapeutic, supportive environment.”

The Mental Health Cooperatives services are available 24 hours a day, seven days a week. You can call their crisis hotline at (615) 726-0125, or just show up at 250 Cumberland Bend.